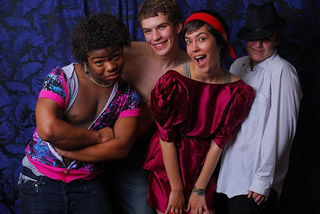 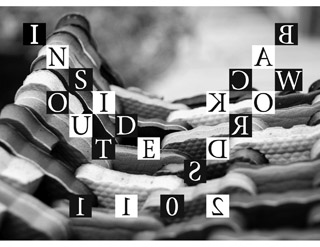 Previous Pause Next
1 of 3
By
Leah Elliott

iNSIDEoUT 180 empowers LGBTQ students in high schools across the Triangle. Run by the youth with adult support, the organization plans Queer Prom and helps students organize new Gay Straight Alliance (GSA) organizations in their schools. They often meet with resistance, but also give youth a strong voice and a safe place to be themselves.

Jackson: iNSIDEoUT is a network of local GSAs in the Triangle and it organizes events and basically unifies all of those high schools and even some of the universities.

Shani: It was kind of a way to break barriers in my hometown, like it helped me as well as other people in my community, you know, figure out who they were and basically how to accept who they are. People shouldn’t feel bad because they’re confused or they’re of an alternate lifestyle

Jackson: Queer Prom is one of our largest events that’s basically a prom for all of the iNSIDEoUT members so that they can feel comfortable at a dance and dance with whoever they want as opposed to how it might be at their other school.

Amy: We have workshops that are youth run. We’ve had workshops on gender and advocacy work. They’ve also lobbied for the passage of the School Violence Prevention Act.

Narrator: From the dances to the advocacy work, iNSIDEoUT is organized and led by students from all schools. It was clear from my conversation with the youth and their advisor that being young does not mean your voice cannot be heard. In fact, maybe the perspective they have to share is that much more powerful.

Shani: People look at me and be like you just don’t know who you are or you don’t know what you want. You’re right, but the knowledge that I have, the fact that I know that I’m still trying to find who I am, that shows that I’m moving forward rather than sitting back and judging people.

Amy: There’s ageism from every direction saying “You’re a young person so you need to follow and not lead and you need to do what we say.” A lot of the challenge has been just to get them to realize that they’re in control.

Shani: It’s not how old you are, it’s not what you do- it comes from knowledge. And it’s not being book smart, but you know, it’s learning life lessons, like actually taking the time to sit down and realize everything that’s around you.

Narrator: As iNSIDEoUT plans ahead for Queer Prom and different retreats, they also keep in mind the youth across the state that do not have any support in their schools. In the years to come, they hope that iNSIDEoUT, or organizations like it, will spread across North Carolina.

Shani: This organization changed my life and I would love to give that to another child just to see them flourish and basically become the person that some of their friends will never get to be.