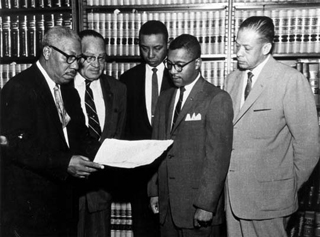 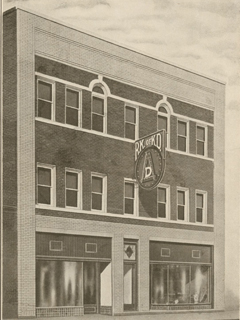 Previous Pause Next
1 of 2
By
Amiya Mehrotra and Jillian M. Williams

Thomas Hocutt, a Black student from Durham, wanted to become a pharmacist. But in 1933, the University of North Carolina in Chapel Hill denied his application to their Pharmacy school on the basis of race. Attorneys Conrad Pearson and Cecil McCoy took up his case and with the support of the NAACP, filed a suit against the University. This was one the first attempts to integrate higher education in the United States. Despite their best efforts, the case known as Hocutt v Wilson was dismissed because Durham officials withheld Mr. Hocutt’s undergraduate transcript, making it impossible for him to meet the requirements for admission to the Pharmacy school. The separate but equal doctrine in education stood for another 20 years.

This result was no surprise to Pearson, but that didn't make it any less heartbreaking. Durham residents were split on Hocutt: some preferred working to add a Pharmacy school at North Carolina Central, and others were supporters of integrating the all white UNC-Chapel Hill. The case inspired other Durham lawyers to initiate civil rights actions of their own and paved the way for one of the most influential civil rights cases, Brown v Board of Education. In 1954, this case rendered the concept of separate but equal unconstitutional and consequently desegregated schools across the country.

Pearson, a Howard Law grad,  and McCoy, a Brooklyn Law grad, were vital activists in the movement for Black liberation in their native Durham. They employed their knowledge of constitutional law to combat racial segregation in their home state by taking on civil rights cases that challenged racial oppression. In addition to the Hocutt case, they joined a group of lawyers to file a Durham desegregation case in 1955 called Wheeler v. Durham which led to the integration of Durham public schools.