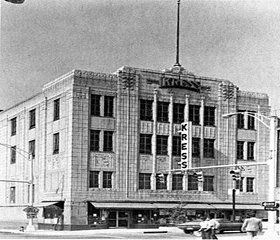 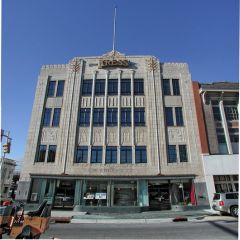 Previous Pause Next
1 of 2
By
Zack Fowler

Lunch counter sit ins by young people in Durham were inspired by the moving speech given by Dr. Martin Luther King Jr. at Durham's White Rock Baptist Church in 1961.

In 1963, a dark and lonely jail cell in Birmingham, Alabama served as the setting of the conception of one of the most important civil rights documents of the past 100 years. Martin Luther King Jr., following the peak of the non-violent Birmingham Campaign’s unfortunate decent into conflict, penned his “Letter from Birmingham Jail” on scraps of paper slipped under his door by a janitor and a legal pad his counsel allowed him to keep. On these scraps, the reverend urged his fellow activists to engage in “direct action, whereby they would present their very bodies as a means of laying their cause before the conscience of the local and national community.” The Civil Rights Movement had escalated to the point that imprisonment for the outspoken activists in the South became more than possible: it was almost a certainty.

Three years earlier, Martin Luther King Jr. had known that his would be the case. That year, he urged over 1,200 people at White Rock Baptist Church in Durham, NC to stay strong, and “not fear going to jail… if the willingness to stay in jail (will) arouse the dozing conscience of our nation.”

These words sparked the imagination of a woman named Fay Bryant Mayo. Mayo was a Durham resident, who, along with countless others, was inspired to launch her own fearless campaign to demonstrate that the unjust laws that were in place were meant to be opposed. Each day, a group of Durham activists including Robert Lawson, Phyllis Shumate and Quentin Baker would gather near the art deco exterior of the towering Kress Building in downtown and enter one at a time.

Each person would stroll through the front door of the department store, buy one sandwich from the lunch counter, and immediately cross into the all-white dining section. As Lawson said, “as soon as you would sit down and bite into that sandwich, the police would come.” These students returned two or three times each and every day to the same sandwich counter in Kress to buy their lunch and sit where they believed they had the right to sit.

This, surely, was the direct action that King would later call for from a cell in Alabama, and these young activists, surely, were ahead of their time.