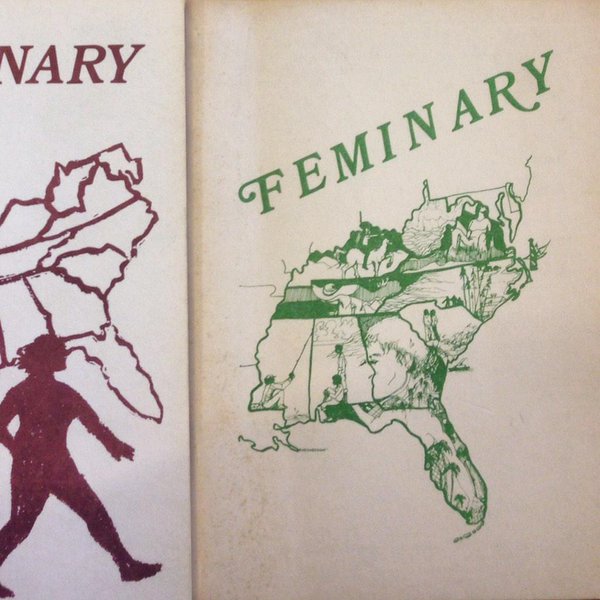 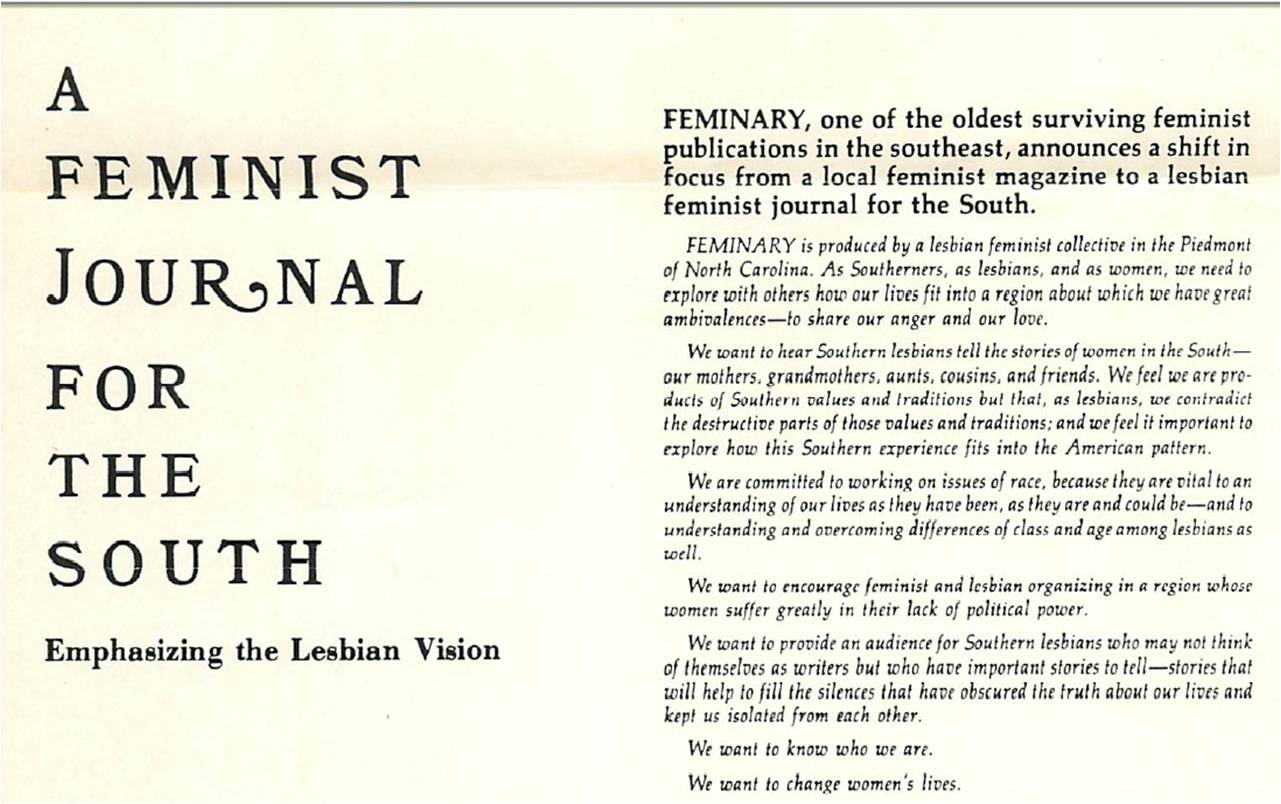 Previous Pause Next
1 of 2
By
Griffin Unger

Feminary was a Southern Feminist journal, written and edited by a Lesbian Feminist women’s collective in North Carolina’s Triangle Area between 1969 and 1982. “Feminary” was actually the publication’s third name, succeeding “The Research Triangle Women’s Liberation Newsletter” and “The Feminist Newsletter.” The journal’s founders—most of whom were graduate students at The University of North Carolina at Chapel Hill at the time—originally designed the newsletter to help feminist groups in the Triangle Area communicate with each other. But the publication quickly became more robust, growing to include essays, poetry, local and regional news, announcements, book and movie reviews, and classified ads.

While Feminary had always focused on the subject of lesbian-feminism and issues surrounding lesbians within the feminist movement, in 1978 Feminary issued a statement that it would focus exclusively on lesbian-feminist subjects. “As Southerners, as lesbians, and as women,” the statement read, “we need to explore with others how our lives fit into a region about which we have great ambivalences—to share our anger and our love.” Feminary—from then on called Feminary: A Feminist Journal for the South, Emphasizing the Lesbian Vision—did just that. The journal published seasonally, producing poetry, personal essays, art, interviews, news, and book reviews of lesbian women in the South. In the words of Mab Segrest, one of Feminary’s core writers, Feminary’s contributors understood their work as “creating lesbian consciousness and lesbian community…We were a crucible for sorting through questions of identity.”

Feminary published its last issue in the spring of 1982, at which point many of its core writers were leaving North Carolina. The group attempted to move the journal to San Francisco under new management, but only two issues were ever published after the move.