Confronting the Courthouse: Make Democracy More Than a Word Protest 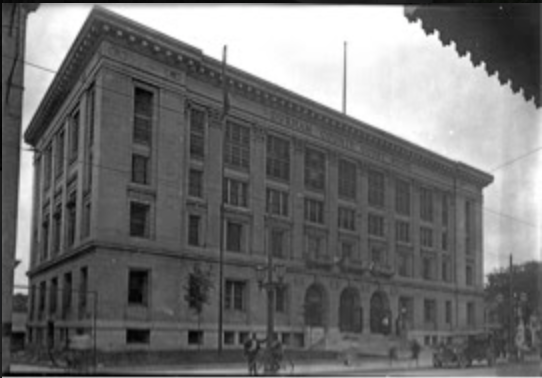 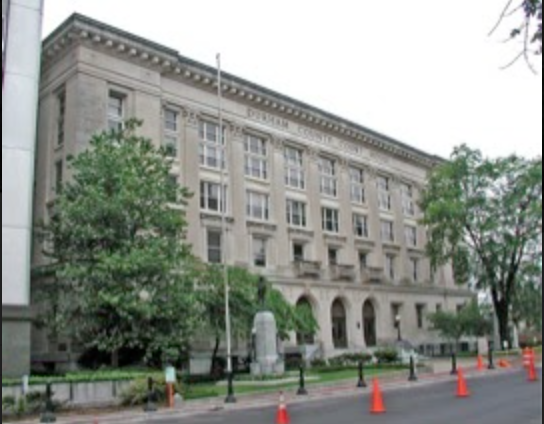 Singing songs and carrying signs that read, “To Make Democracy More Than a Word,” students marched from North Carolina College to downtown Durham, where they entered restaurants and stores that upheld segregation policies. The passionate students refused to disperse until the police hauled 130 of them off to jail. The date was May 18, 1963.

Just hours after the demonstration, Wense Grabarek was elected as mayor of Durham. Sympathy for those arrested fused with enthusiasm for Grabarek’s victory prompted hundreds of Blacks to gather in front of the Durham County Courthouse, then located at 200 E. Main Street, where jailed members were being held. When they arrived, they met blocks of opposing whites holding baseball bats, broken beer bottles, and cue sticks. As the conflict simmered, the police summoned Mayor Grabarek. Upon arrival, he met with the movement’s spokesperson, Hugh Thompson, who requested food and cigarettes for the jailed protestors. When the Mayor instructed the police chief to grant this request, the crowd dispersed.

This protest was the first of a series of three that changed the momentum of Durham’s Civil Rights Movement and prompted real reforms. Within three weeks, many of Durham’s restaurants, hotels, movie theaters, swimming pools, and libraries voluntarily desegregated.

For many, memories of these protests at the Durham County Courthouse symbolize Black Durham’s unity and cohesiveness during the Civil Rights Movement. Although many of its members were arrested on that summer day in 1963, the rest of the Black community showed its continual support by agitating for the release of the prisoners. Today, the top floor of the Durham County Courthouse no longer serves as a jail, but contains offices for county officials. We can no longer hear protestors shouting from the windows on the top floor of the courthouse, but their passionate voices will forever echo in our minds.