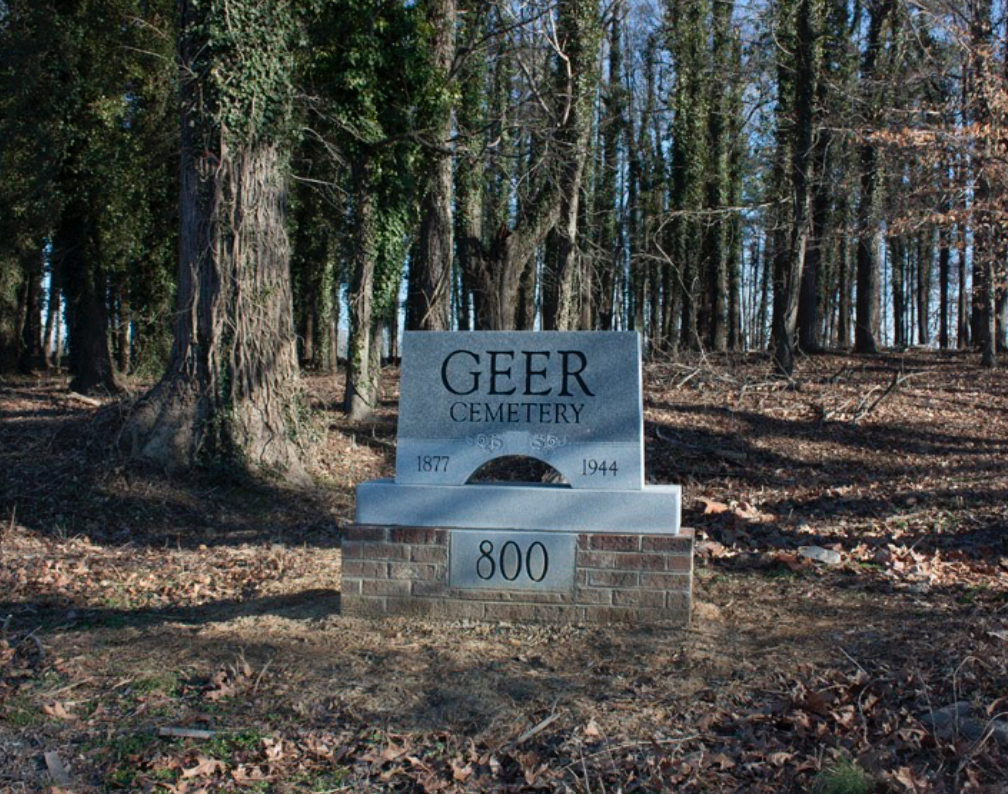 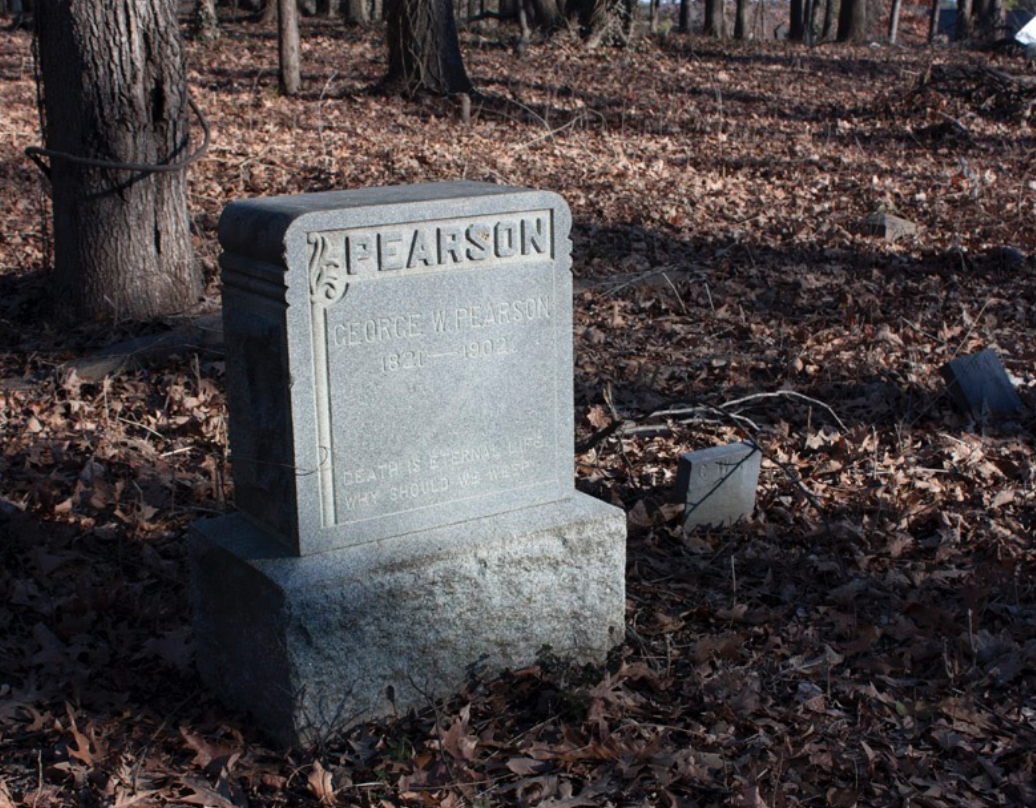 Geer Cemetery is the final resting place for many notable members of Durham and North Carolina’s Black community including Edian Markum, founder of St. Joseph’s A.M.E. Church, Margaret Faucette, the founder of the White Rock Baptist Church, and Augustus Shepard, whose son founded North Carolina Central University. But it all started in 1876 when an 11-year old boy working on the farm of Jesse Geer was accidentally killed by a horse, and his family requested that the child be buried under a tree near the site of his death. One year later in March 1877, Willie Moore, John Daniel, and Nelson Mitchell bought the two acres of land for fifty dollars; the deed, signed by Jesse Geer and his wife, Polly, stated that the land was to be used for burials. Thus began Geer Cemetery, one of the earliest African-American cemeteries in Durham.

Many of the men, women, and children buried at this site between 1877 and 1944 experienced slavery, rural-to-urban migration, and the inhumanity of Jim Crow. Over the course of its approximately 65 years in use, it is estimated that over 3,000 people have been buried in this cemetery. The city of Durham did not issue death certificates until 1908, leaving over 35 years of additional burials as unrecorded so only the names of approximately 1,500 bodies have been identified and catalogued.

The city of Durham’s white founders neglected this site, refusing to maintain the land with tax dollars. As a result, the cemetery was badly neglected. It did not help that on the original Orange County deed to this land, there was no conveyance of the property to heirs or others; it is instead listed with the County as “Unknown Owner.” After the health department inspected the cemetery in 1939 and found it to be overgrown and overcrowded, the site was closed.

In 2003, the Friends of Geer Cemetery (FOCG) was formed to provide maintenance for the abandoned and overgrown site. FOCG has spearheaded several projects to catalog the names of the burials in the cemetery. Now recovered, Geer Cemetery represents a significant piece of Durham’s history by preserving the memories and spirits of Durham’s earliest African American leaders.